Anyone who has searched my shop or seen my socials will know my latest collection features endangered woodland animals from the UK, primarily hedgehogs, and red squirrels.

The Red Squirrel is well-known but rarely seen nowadays to the average person in the UK. We all may be familiar with the sight of a grey in the garden or the local park, even in busy cities where there are a few tress you may see a grey squirrel climbing around. Often in built up areas they get quite friendly and courageous, and they may look quite similar to a red at first glance, as colourings of greys can be reddish, colourings of reds can be brown or greyish, but one distinctive sign of our elusive reds are the tufted ears. 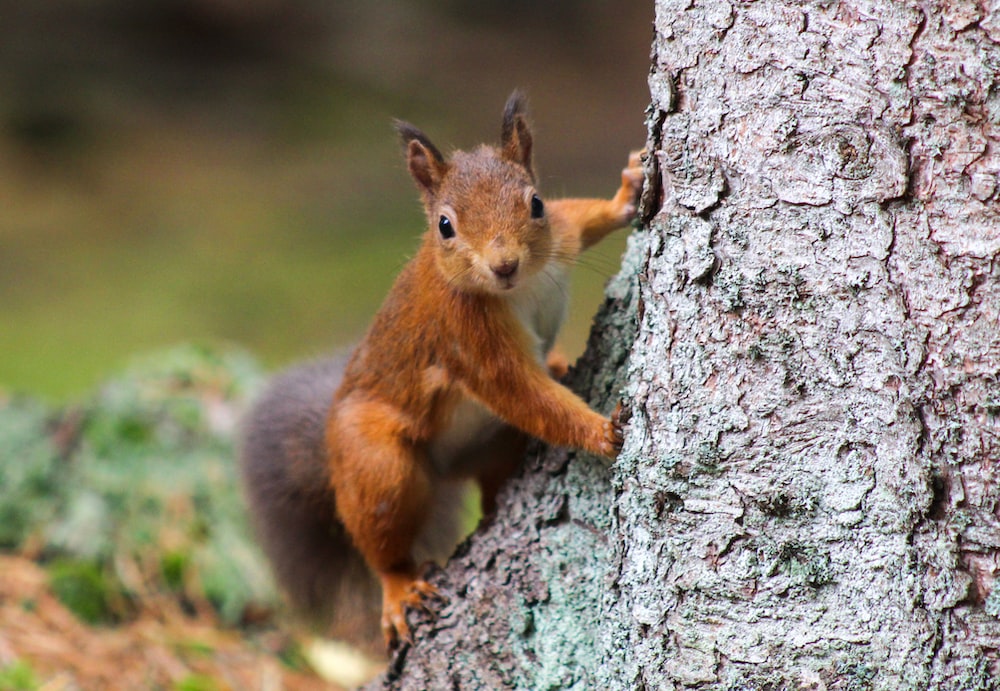 Image by Pearse O'Halloran on unsplash.com

The reds have been in the UK for around 10,000 years as the native species, while the greys were introduced as an evasive species by the Victorians, where they escaped captivity and quickly developed a wild population. It became evident that red squirrels and grey squirrels cannot live together for very long, greys spread disease that they can live with, but kills the reds, and also compete for food. It seems like greys have a wider palette that reds too, so the greys can eat more of a range of foods and often leave very little for the reds.

Now, what is being done to help?

Lots of people are involved in the conservation of red squirrels, down to the general public who report when and where they see a red close to them. The Wildlife Trusts also do a lot of important work which has been in progress for decades. They work on the habitats to ensure the safety and survival of the species, produce projects that focus on awareness and education of the species, and much more.

In Wales alone, there are three habitats where reds are living currently, this includes one in the North, one on Anglesey and one in Mid Wales, Powys.

If you happen to live close to a red squirrel reserve, you may find them in your own garden. It would be the dream for me to be able to spot them on a regular basis. A lot of the advice for looking after reds at home may actually be things not to do, for example, if you have greys as well as reds, it may be dangerous to put food out incase it brings the two together where the reds can contract the pox virus. If not though, putting food out and making sure there's some shrubs and foliage would be very helpful for them.

They enjoy seeds and nuts, and if it is safe to feed them, these are a good choice. Although you want to be careful you are not completely replacing your squirrel's diet.

It's also important to record and report if you see them, as it could help to better understand the movements and population in the area.

The red squirrel is a gorgeous woodland creature that still needs our help, I hope to make sure that more people are aware of it's struggles and how they can help if possible.

Check in for more profiles on some of the animals I focus on in my collections!

New Stockist in Llandovery, Carmarthenshire
May 20, 2022