Hares are lovely creatures, we're all familiar with the image of one running through farmlands through the long grass. Now you may wonder what they were doing in the endangered species collection, seeing as officially they were Least Concern. But they have quite an interesting story, and have declined rapidly over the past few decades, mostly down to hunting and adaptation of habitat.

Hares spend their time in grasslands and farmlands, close to woodlands, generally this is where they spend their 3-4 years lifespan. Interestingly, the oldest recorded hare in the wild actually made it to over 12 years old, pretty mad considering only 5% make it past the age of 5.

Their diet consists of grass shoots and crops and their running speed can reach up to 45mph. 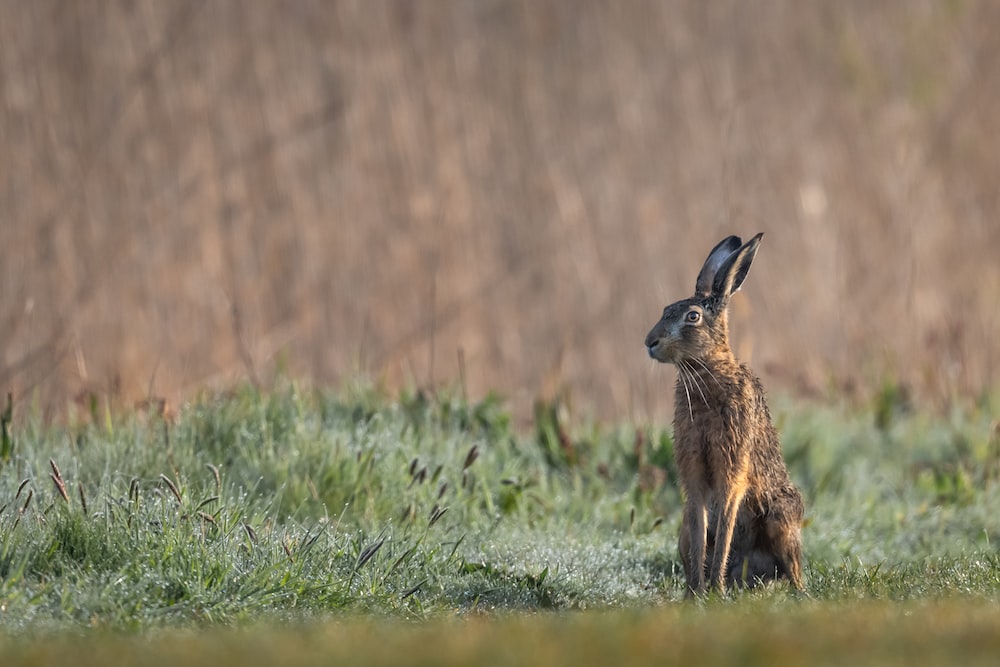 Hares tend to breed between February and September, and can actually have four litters a year, which produce two to four young. The mothers actually don't spend much time at all with the young, for fear of attracting a fox to find them, so she'll just return to feed them and leave again, leaving them to grow up mostly alone. Foxes are pretty dangerous predators for the hares, especially the young, and in fox-heavy areas, there tends to be a much smaller fox population.

Also I assumed hares lived in burrows like rabbits, but they don't. They prefer above ground accommodation, where they just depress the grass in a small area and sleep there. This is called a form.

So there we go, some key facts about hares and how they live, watch out for them next time your close to farmlands!